Sam Gordon started coming to the Island in ’62 and had “every job you could imagine, from stock boy at Neptune Market to owning a record store and head shop.” It was called Play It Again Sam Records, Tapes and Paraphernalia, near Y-Knot surf shop in Surf City.

By age 17 he was done working for other people, he said. He graduated from Temple University’s architecture program in 1985, at which time Wilson hired him as an intern.

Gordon’s first job on the Island was a friend’s addition in Loveladies, while he was in his second year of architecture school.

Throughout the ’80s Gordon’s wanderlust took him from firm to firm and then literally around the world for a year (“I just went west until I got home”). By 1990 the economy was not good for architects. He lucked out with Wilson. His first three professional jobs were an addition on a houseboat, a car dealership and a costume shop.

Gordon is another Philly guy among them, having spent the fewest years actually living on the Island.

The talk starts at 10 a.m. Tickets to attend the panel discussion are $10, or free with purchase of a ticket to the 56th Annual Seashore House Tour, available at the Foundation or at lbifoundation.org. 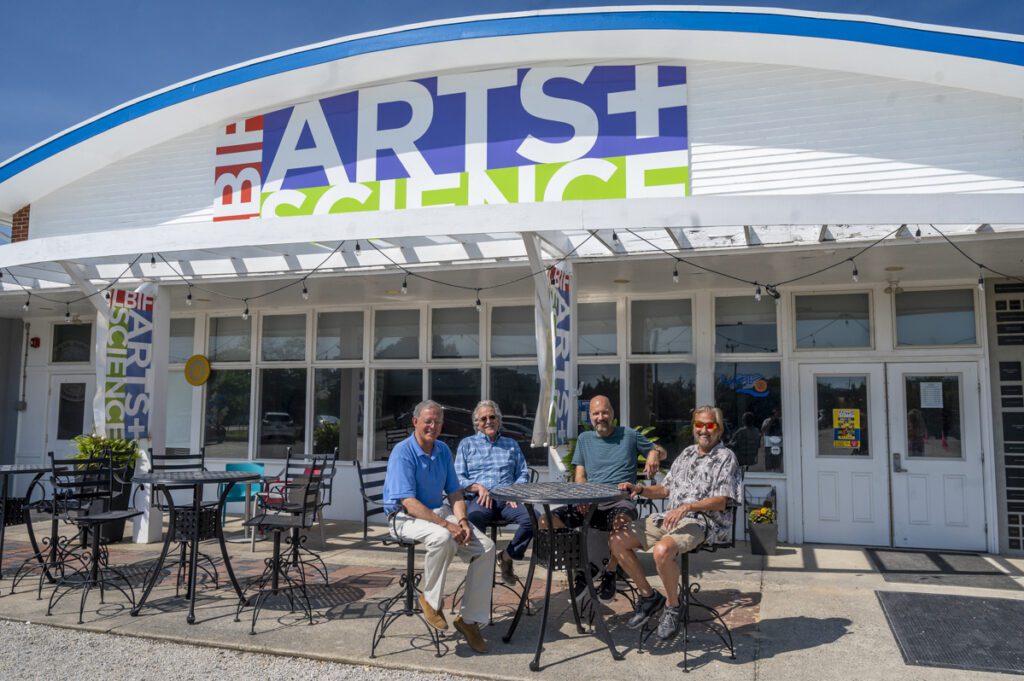 ← Back to Field Notes

The greatest client satisfaction is derived when complete architectural services are provided. Each SGA project is attended to from the initial program to the completion of the final item on the construction punch list.
Field Notes serves as a journal of those efforts.